How to keep your brain sharp?

How to keep your brain Sharp?

Tips and techniques from a fascinating new book by a top neurosurgeon Doctor Sanjay Gupta.

Surgeons are trained to remove brain tumours, clip aneurysms and relieve pressure from collections of blood and fluid inside people’s heads but despite all the advances in technology, even today it’s still not possible for a neurosurgeon to lift the lid on a human brain and adjust the hundred billion or so neurons to make the organ more intelligent and less vulnerable to decline

Dr Gupta has worked in frontline brain surgery in both large city hospitals and in war zones and he’s travelled the world in search of the secret to living longer healthier and happier and he’s convinced, more than ever that the brain can be changed constructively, brain plasticity, we know can actually be shaped and adapted and we can optimise our brain in a variety of ways to stimulate the growth of new neurons and brain cells and help stave off age related brain illnesses. The human brain can be enhanced and fine-tuned with simple methods. 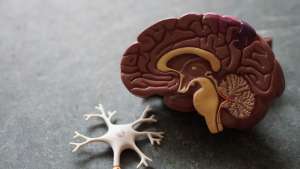 Dr gupta’s shows us how, age is a big factor and there are risk factors granted, that you can’t change, where cognitive decline is more likely, vascular dementia increases after 65 years of age, nearly doubling every 5 years and it puts people especially women, at a higher risk, (partly because many carers are women, some of whom set aside their own needs and experience high levels of stress). By 85 a third of people have dementia, hereditary plays a big part, there’s a lot of research underway into the impact of head injuries and the possible link with early dementia, & type 2 diabetes, especially uncontrolled diabetes, it’s interesting to note that some infections can lead to chronic inflammation that can have neurological effects such as Lyme disease caused by a tick bite, the herpes simplex virus, Zika virus caused by mosquitoes, syphilis, rabies and even chronic gum disease the theory is that it can form neurodegenerative decline from the bodies reaction to these infections though research is ongoing and the jury is still out, but not everyone who’s had a brain infection develops Alzheimer’s and not everyone who gets dementia can attribute the conditions solely to an infection. Risk factors that you can change is you can stop smoking, cut back back on alcohol consumption, seek help for depression and even mild hearing loss can cause brain changes that can double your risk of dementia and getting fitted with a hearing aid can help protect your brain.

Chronic sleep deprivation can lead to a staggering amount of memory loss and taking steps to improve your sleep quality is one of the easiest and most effective ways to improve all brain functions, too much sitting increases the risk of your health and things reasons of the brain and the brain prefers a body in motion and it doesn’t take much activity to reap enormous benefits.

Probably one of the first questions people begin to ask themselves is when they can’t remember a neighbour’s name, we start to think is this normal? Or the first stages of my memory fading? Memory problems tend to increase as we get older but it’s fine to wake up and forget momentarily what day of the week it is and there’s nothing wrong with not being able to remember your school teacher’s name . And memory can start to slip and fade as early as in our 20s, but we can have some memory sharpening skills.

So if your mind is distracted when you’re performing an action then there’s no real observation awareness or memory creation. Therefore if you pay attention to really encode your memory, so for example when you set your phone down on the table, make sure you’re aware of what you’re doing actively observe the phone and where you put it especially when it’s on silent! Especially good tool with keys as well.

The important thing here is the word ‘active’ there’s a difference between what your eyes see and what the mind observes, sometimes it’s so frustrating when you know the word you’re searching for, or the name of the person standing right in front

Do inspirational quotes make you want to scream?

Working with a real estate agent to buy or sell

Please enter your username or email address. You will receive a link to create a new password via email.