The patriotic millionaires is a group set up and comprises of high net worth Americans. They focus on three, first principles, a highly progressive tax system, a livable minimum wage and equal political representation for all citizens. Heady stuff indeed. They believe that patriotism isn’t just about flag waving, it’s about putting the country’s interests before your own. And unlike so many wealthy and rich individuals, who use their money and influence to shape the government in a way that is personally advantageous to them. The patriotic millionaires want to use their influence to create a better system for all Americans not just people with wealth like them.
On the patriotic millionaire website it reads, ‘because my country, our country means more than my money’. 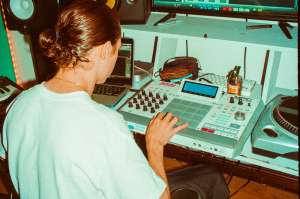 Tesla boss Elon musk is so wealthy apparently he could spend 1 million dollars a year for a thousand years and still be richer than Bill gates who is worth $136, 1 billion, dollars, according to the United States finance magazine Forbes. Elon and Bill are amongst the 745 billionaires in America there was 614 in 2020.

That’s an increase of 131 billionaires since the Covid pandemic, so that’s interesting in itself God bless America!

What do the Disneys say?

Abigail Disney, granddaughter of Roy who is the ( brother of Walt Disney) and a member of patriotic millionaires, points out, ‘billionaires may be brilliant- and I don’t doubt Elon Musks IQ, but they don’t do anything on their own’. Of course millionaires have much more in common with each other than just very large bank accounts, to strike it rich it takes courage, salesmanship, vision and passion. One would assume being born into a prestige family with vast inherited wealth must help a little bit as well!

And of course whether you’ve got a high IQ or a low IQ, or any old IQ, do you think that really matters to become a millionaire?
‘Common sense’, is often bandied about but unfortunately it’s unfortunately not very common!

Why to choose Tenerife?

Do inspirational quotes make you want to scream?

Please enter your username or email address. You will receive a link to create a new password via email.